The vaso-occlusive events in sickle cell disease (SCD) begin in early childhood, warranting the need for more preventative and therapeutic interventions for those affected. Vaso-occlusion is partly caused by adhesion of sickle erythrocytes (SSRBCs) to components of the vascular wall and to circulating leucocytes (WBCs). SSRBCs have greater adhesion to the vascular endothelium and sub-endothelial matrix (SEM) compared to RBCs from unaffected individuals. Very late antigen 4 (VLA-4, ITGA4) or α4β1 integrin is one of the most characterized molecules investigated for its role in these adhesive interactions. VLA-4 is the only integrin maintained on the surface of young SSRBCs and reticulocytes, which are increased in the peripheral blood of SCD patients. VLA-4 mediates SSRBC adhesion to the endothelium via vascular cell adhesion molecule 1 (VCAM-1) and to the SEM via fibronectin. SSRBC-WBC aggregate formation is promoted by fibronectin bridging of monocytes and reticulocytes via their surface VLA-4 during flow (Brittain et al, 2008; Chaar et al, 2010). These hetero-cellular WBC-SSRBC aggregates contribute to vascular obstruction in SCD (Turhan et al, 2002), resulting in local hypoxia, increased HbS polymer formation and propagation of vaso-occlusion.VLA-4 blockade by monoclonal antibodies has been used to treat pathological inflammation in multiple sclerosis and Crohn Disease. Low molecular weight heparins (LMWHs) have been recently shown to exhibit VLA-4 inhibition in a human melanoma cell line during physiological flow (Schlesinger et al, 2009). VLA-4 inhibition as a therapeutic strategy for SCD has not been explored.

Heparins decrease the duration and severity of vaso-occlusive events in SCD (Shah et al, 2013), the mechanisms by which are not completely understood. This may be possible through heparin blockade of adhesion of SSRBCs to P-selectin (Koenig et al, 1998). Heparins also have anti-VLA-4 activity (Schlesinger et al, 2009). This study provides the first evidence for the role of LMWHs and other heparins as anti-adhesives in SCD due to their anti VLA-4 activity.

The observed patient-to-patient variability in both baseline adhesion (9–269 SSRBCs/mm2) and stimulated adhesion (52–598 SSRBCs/mm2) to VCAM-1 has been previously described (Whiteet al, 2015), and probably reflects the differences in cells expressing VLA-4, and the density of VLA-4 on the surface of individual RBCs/WBCs. SCD is a pro-inflammatory condition, reflected by elevated levels of cytokines and leucocytes in peripheral blood. Cytokines shift VLA-4 to an active, high-affinity state (Askari et al, 2009). For our study, we utilized manganese, an experimentally accepted method for direct integrin stimulation (Ye et al, 2012), to induce VLA-4 to its active state. We found that the patient samples with greater SSRBC adhesion to VCAM-1 corresponded to the patients with higher WBC counts (Fig 1C). Patient samples with the highest baseline SSRBC adhesion to VCAM-1 had the greatest response to manganese stimulation (Fig 1B), suggesting a theoretical risk of vaso-occlusive complication induced by stimulated adhesion in patients with higher baseline adhesion levels. Reticulocyte count was not found to be significant (data not shown).

There is extensive clinical experience with the dosing and safety profile of enoxaparin in the paediatric population. LMWHs are easy to administer at home and do not require intravenous access. Our work provides the first evidence that LMWHs can inhibit SSRBC adhesion partly through blocking cellular VLA-4, and suggest that the improved clinical outcomes experienced by patients treated with LMWH during vaso-occlusive pain crises may be partly due to VLA-4 inhibition. LMWH, as well as targeted VLA-4 inhibition, should be explored as a therapeutic option in SCD. 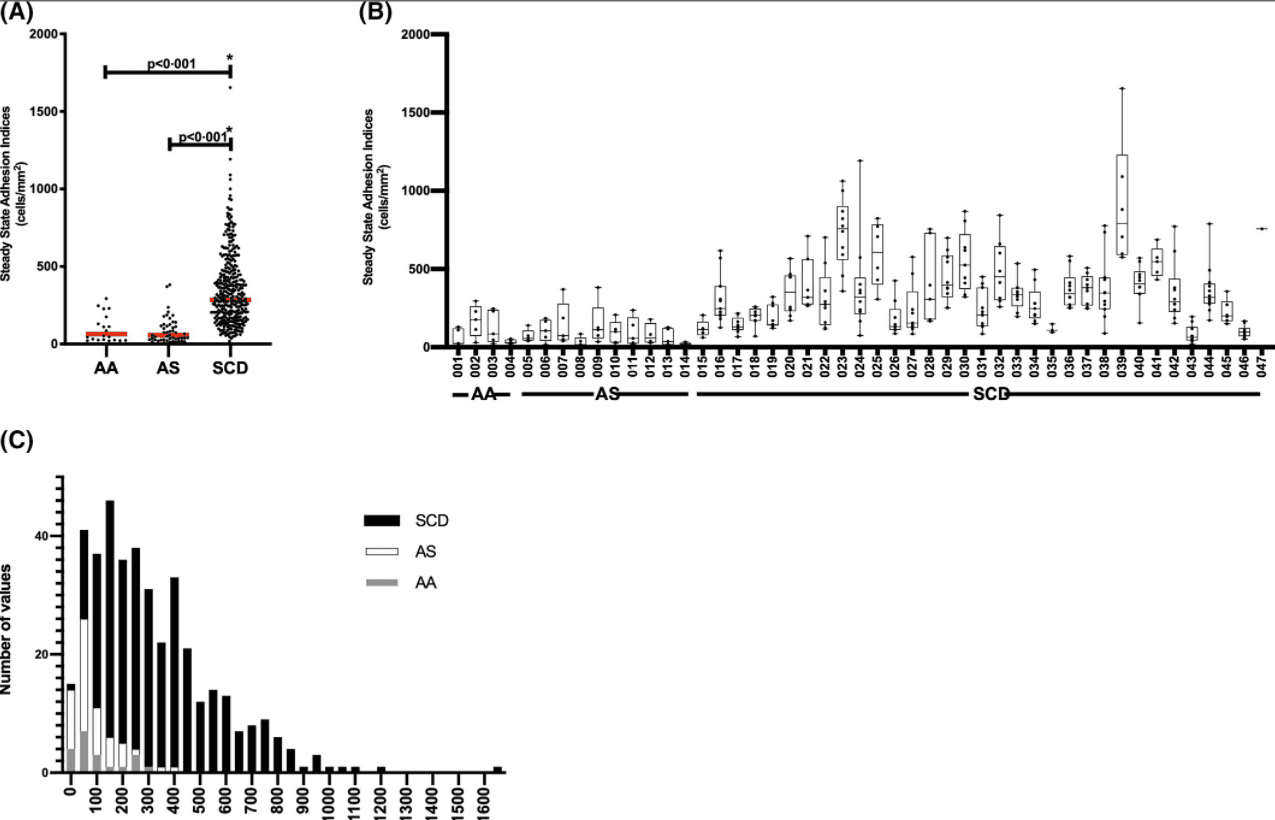 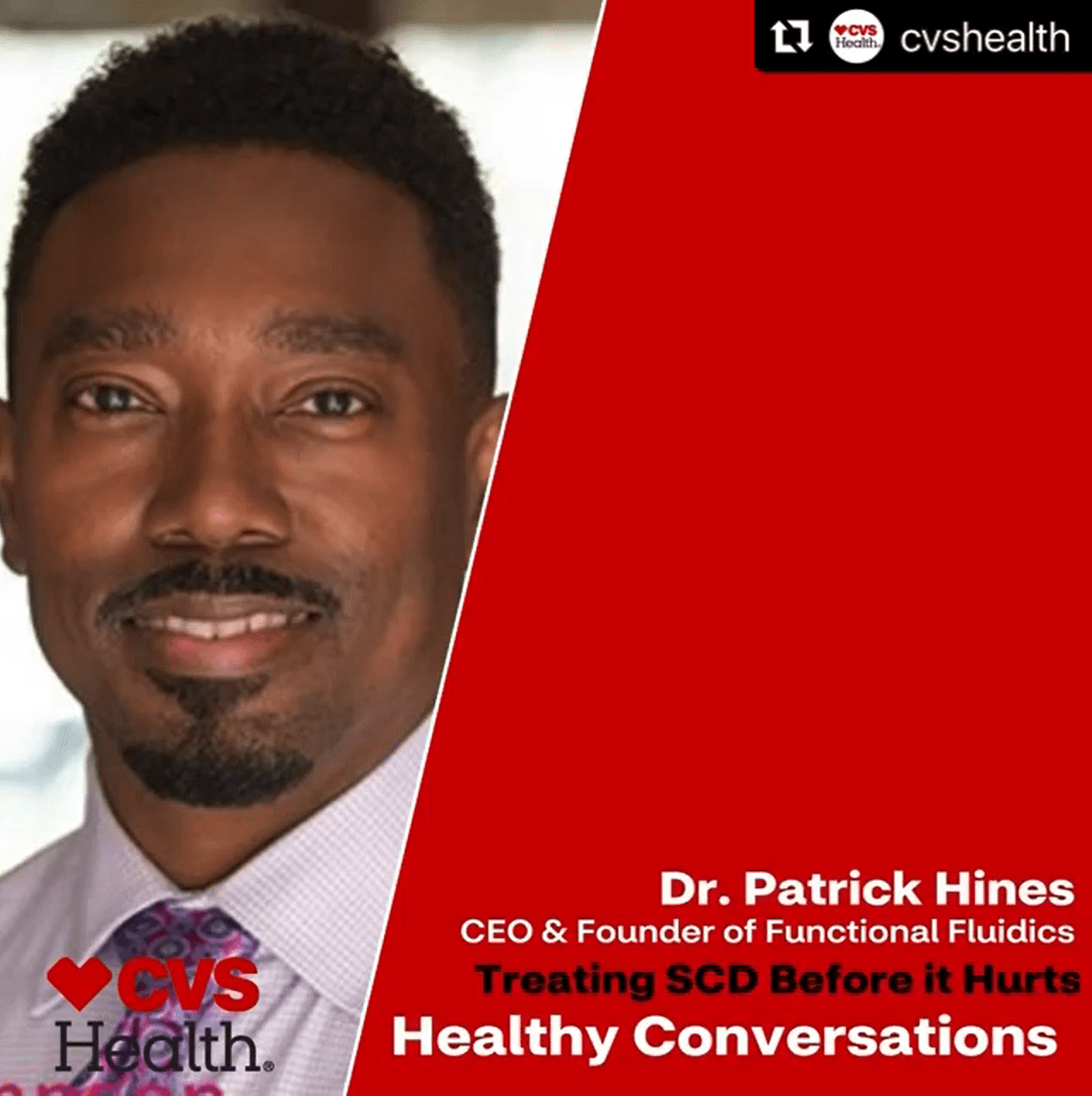